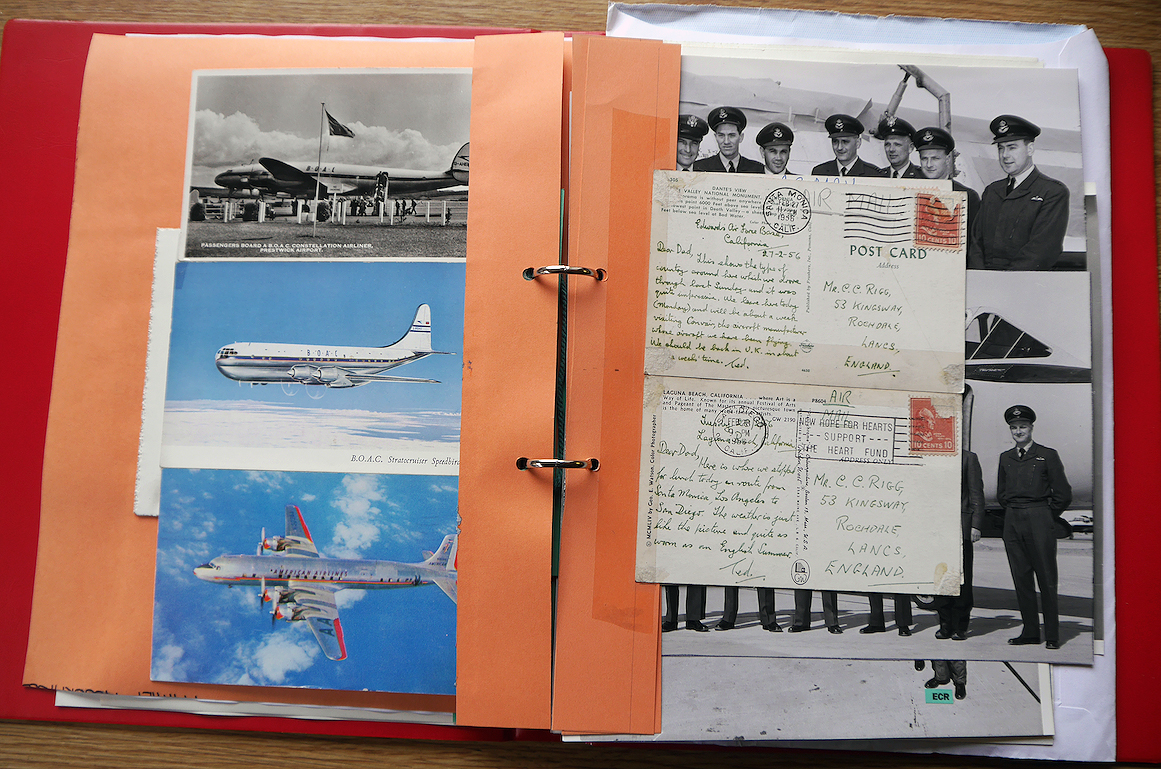 The archives of Edward C. Rigg have proved to be multi-faceted, providing historical factual data, such as planes tested, times and dates of various missions, but also interesting deeply personal stories, which still resonate with him after so many years. For instance, the story of, ‘lost love’ and his relationship with Ann which Edward rarely talks about. The archives trigger fascinating stories of the last days of the British Empire from a personal and establishment perspective. The physical archive also plays an important role in Edward’s daily life and his links to the past and present. His life and personality are captured in 24 ring bind folders. The narrative and transcription of the archives explores the notion of ‘objects as companions in our emotional lives’. The physical archive, which although I have documented through video interviews, scanning and photography, has yet to be developed and transcribed into visual language and narrative. This should make an interesting contrast in content and visual language from the slide archive, which I am currently transcribing. Edward’s memories linked to the physical archive are vivid, due to the nature of the archive construction and intensive recording methods. The physical archive documents Edward leaving Rochdale Municipal High School 1944 to join the RAF, through to working in civilian life for Elite engineering in 1978. The archive is well organised and cross referenced with Edward’s detailed flying logs. The Archive is an amalgamation of collected letters, newspaper clippings, postcards, personal and RAF official photos, invitations and assorted pieces of ephemera. For example, Edward would send his Father postcards from postings abroad with the RAF or his sailing holidays and collect them on his return. The folders use recycled card and paper in the construction which gives the archive an unintentional collage effect.